The 10 Best Styluses for iPad, iPhone and Android Phones or Tablets

Get the best stylus for your iPad, Android Tablet, and Any Touch Screens

Even though we have our fingers to touch, many users certainly do like the convenience of styluses. With so many apps requiring precise and acute touch range, it is no wonder why we need styluses. Not to mention, sometimes our fingers are oily, dirty, or even too cold for bare fingers. Unlike our fingers, styluses can protect the iPad or the Android Tablets screen from scratches, oiliness, and can have more precise tips for different touch requirements. With that in mind, we have put together a list of top 10 best styluses for your touchscreen devices. 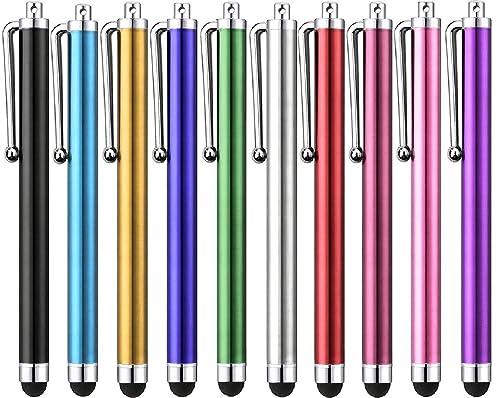 These styluses constructed from the industrial grade rubber. It is one of the top sellers of styluses on Amazon. Just like most of the styluses, it is compatible with any touchscreen devices that are touchable by fingers. Being compatible with any capacitive touchscreen devices, it is no surprise why this stylus brand brags about its compatibility with Apple's iPad, iPhone, Kindle devices, Android phones, and tablets.

The package includes ten styluses in a pack with a mixture of vibrant colors. Styluses have four and a half inches in length, and tip diameter is five millimeter. Aluminum body ensures that styluses will be sturdy, yet lightweight to carry around in your pocket or purse. On top of that, every pen includes a pocket clip making it even more functional for everyday users. If you want to use lanyard coil tether stings, then they have got you covered. 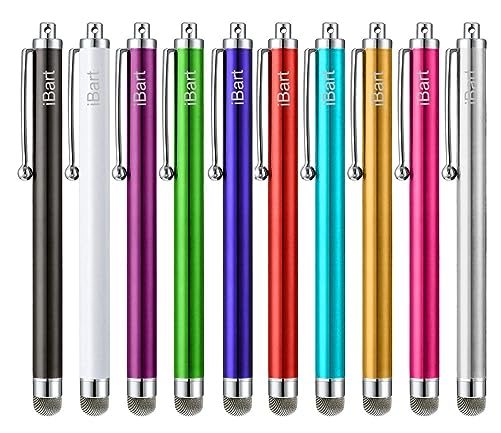 Mesh fiber tip stylus pens are a new addition to styluses. If you are a frequent user of styluses, then you may know that most of the styluses out there are made of rubber tips. Most of the consumers do not even know that there can be anything other than rubber tips styluses. Constructed on top of rubber tips, they are known to function better than rubber tips. This unique mesh fiber glides over the screen way more smoothly. Thus making it one of the most ultra-sensitive styluses with a higher level of accuracy.

Customers report fiber tip is much more responsive even if you have thick tempered glass. Like most of the capacitive styluses, they are compatible with any touchscreen devices. Four and a half inches in lengths and tip diameter is one centimeter. While Aluminum body makes it very sturdy, the price for the pack of ten fiber tip styluses makes it very affordable to own. On top of that, they come with a vibrant and very nice selection of colors. If you want to get your hands on these unique and responsive styluses, then these fiber tip stylus pens might be the best options for you. 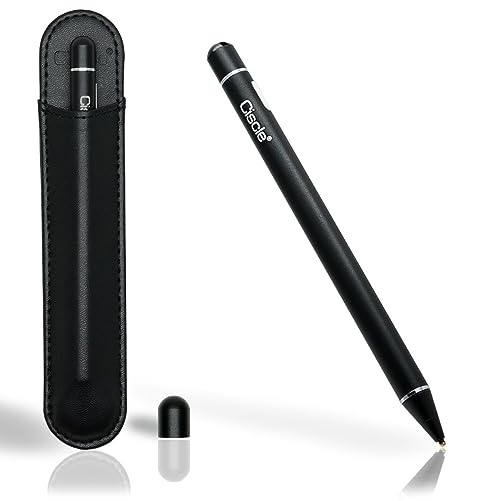 Ciscle's active stylus is one of top selling active styluses in the Amazon. Because this is an electronic stylus, it has better accuracy than any other conventional styluses. Being rechargeable, when fully charged, it can be used for 12 hours. It does come with Micro USB for charging.

Unlike many other active styluses out there, this one is compatible with capacitive touchscreen devices, except for iPad Air 2. With superfine copper tip, it is known to be very precise. As a result, you will enjoy using this stylus for drawing and note-taking apps. Most important of all, this active stylus doesn't require Bluetooth or an app to work making it a standalone stylus.

When you are charging, the LED light turns red, and when fully charged it turns blue. Just make sure to charge it for an hour to charge fully. Pressure sensitivity, aluminum alloy material, rechargeable battery and precise copper tip makes it a must own for your iPad or tablets. 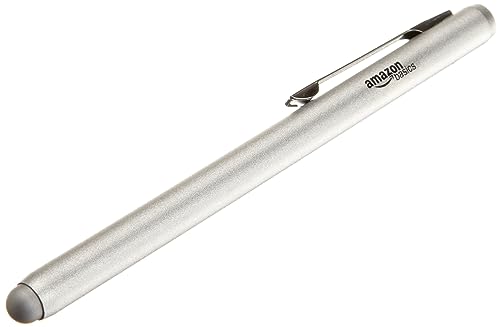 If you are a frequent Amazon user, then you know about AmazonBasics products due to their massive marketing campaigns. Being compatible with capacitive devices, many AmazonBasics fans are suggesting this stylus for Amazon Kindle products.

With more than five thousands of Amazon consumer reviews averaging about four and up out of five stars, this stylus is one of the top sellers of styluses. The weight is heavier than most of the styluses, so many users describe them as a high-quality product. Not to mention, the nice design, the responsiveness, the, and the capacitive touchscreen compatibility makes it a distinctive product to own. 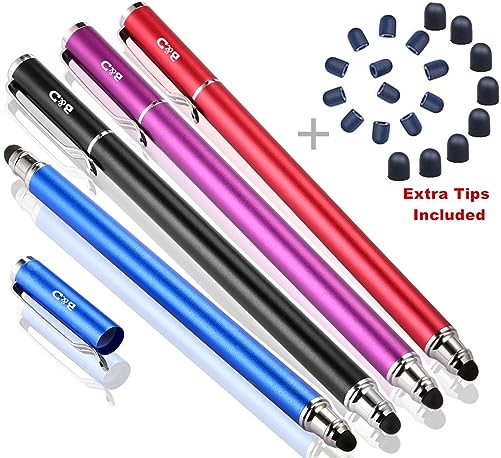 This stylus is one of the most popular styluses on Amazon. It has about 1,851 customer reviews averaging about 4.3 stars out of 5. It has 2 in 1 features, such as 4.5 mm and 6 mm tips for a different type of accuracy. 4.5 mm is especially perfect for the drawing apps that requires accurate selection. And like most of the rubber tips stylus, it is compatible with any touchscreen devices.

If you are a heavy user of styluses, then you will appreciate the fact that you can replace tips with both ends prolonging the lifetime of the stylus. The package includes 4 pieces of styluses and 20 pieces of replacement tips. That should last you quite some time. Also, they are very affordable. 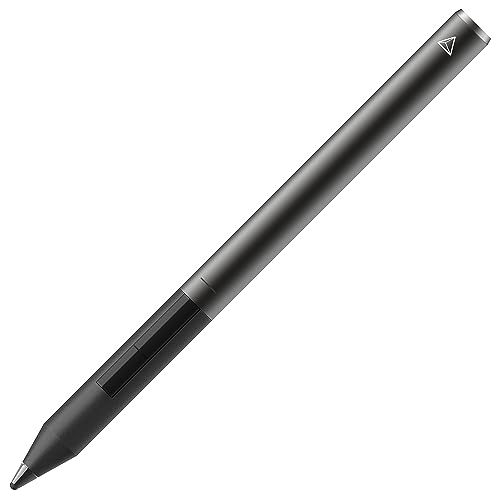 Adnoit is a popular name in the stylus industry. Many of Adnoit branded styluses are top sellers in Amazon platform. They claim to have changed the standard of the stylus industry, and we completely agree with them. Not just they have slick and elegant designed styluses, but also they have better quality styluses.

So, the most important question is, are they compatible with your devices? Well, according to the brand and the users, Adonit Pixel works with the iPads including the Air 2 and iPad 2017. Even though they are expensive than most of the styluses mentioned here, but their high-quality products make it worth every penny! Once you have started using these styluses, you will agree with many of its users.

With new and improved 1.9mm pixel point tip that increased accuracy and paper-like drag for natural writing and drawing experience, it has 2048 levels of pressure sensitivity. Not to mention, it is packed with very constructive features, such as palm rejection, offset correction, and Bluetooth feature to reduce lag and increase accuracy. 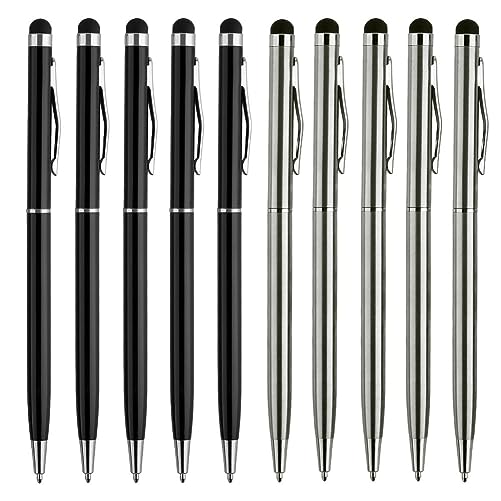 Many of us want to use styluses as pens killing two birds with one stone. Since there are ten styluses, you will have ten pens too making it very attractive if you work in an office. One of the most important facts is that you can just twist to hide the pen whenever you don't feel like using it.

They are 100% compatible with any capacitive devices like iPhone, iPad, and Android phones or tablets. On top of that, ten pieces of styluses in a pack makes it one of most affordable 2 in 1 out there. Users report them to be high quality and ultra-sensitive stylus pen with very smooth ink. You can even refill the inks extending the lifetime of the stylus pens. 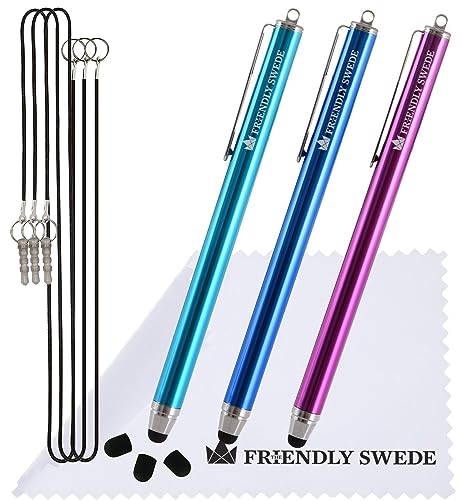 The Friendly Swede is one of the top sellers on Amazon, especially in stylus category. With more than 6,108 customer reviews averaging 4.6 out of 5 stars, these styluses are one of the highly rated styluses on Amazon. three pieces of stylus pens with three replaceable thin-tips, two of fifteen inches detachable elastic tether strings, and a cleaning cloth for your touchscreen devices. Customers seem to like the fact that it comes with a lot of add-ons.

The Friendly Swede brand is all about customer service. They even make tip replaceable styluses so that customers don't have to throw away styluses just because the tips get worn out. Also, because these styluses are thinner than most of the styluses, they are more precise and sensitive. Furthermore, they even offer a lifetime warranty and a world-class customer service. 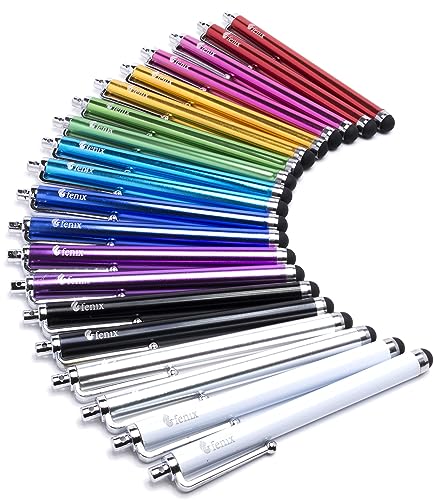 If you go through styluses quicker than normal users or have a big family members using styluses, then these styluses may be the best options for you. Compatible with all capacitive devices with great value, it is no wonder why most of Amazon users are happy with these styluses.

They come in vibrant colors, such as white, silver, black, purple, blue, baby purple, green, yellow, pink, and red. Choose from different colors and brighten your day. These Fenix styluses are durable, soft tipped and the clip comes in handy for putting in your pocket, wallet or even in a book! 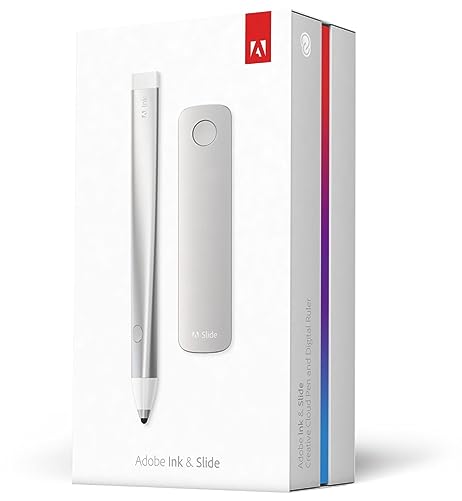 Adobe is mostly a software company, but they came up with one of most innovative, yet affordable, stylus. Adobe ink is a fine-tip, pressure-sensitive pen built using Pixel Point technology.

The hydro-formed, aluminum shell, LED colors options, creative cloud connectivity, pressure-sensitive lines, and strokes, and compatibility with iPad 4th generation, iPad Air, iPad Mini with or without Retina display makes it a must-have especially if use Adobe Brush, illustrator or Photoshop Sketch. If you are an artist working with photos and videos editing, you will certainly appreciate stylus like this one.

What is a stylus Pen?

Stylus is like a mouse, except the stylus is for touchscreen products. It works just like the fingers do on touchscreen. Although stylus can be of any shape, a lot of styluses look like pen or pencil.

What is a Capacitive or an Active stylus?

How does a stylus Pen work?

To understand how does a stylus works, you have to know how does touchscreen works. The Capacitive touchscreen like most of the tablets and smartphones has a layer of electrical field. Since our fingers electric conductive, as soon as we touch the screen, the electric field sends some electricity to our finger in the touched positions. But we don't get shocked because the current too small to feel. Now, we can replace our finger to stylus which is also electric conductive, so it works as our fingers would. Styluses like this is called capacitive stylus. There is also another type of touchscreen called Resistive touchscreen which depends on pressure instead of electricity. Once we press down on a resistive touchscreen, the pressed points are counted as touched points.

Why should you use styluses?

Styluses do have a few advantages over our finger touch. Because our tablets and smartphones have very small touchscreens, a thin tipped stylus will pick out small letters from the keyboard very easily. Furthermore, note taking will feel nature to you because styluses looks a pen. Also, drawing using a stylus will feel more intuitive than using fingers. On top of that, using a stylus your signature will seem legitimate and instinctive. More often than not the Resistive or Active styluses are used with payment and credit card terminal.